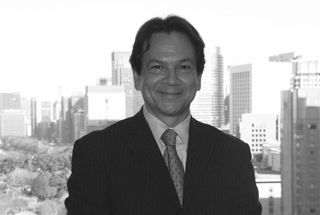 Mr. Hernandez is admitted to the New York State Bar, and is member of the American Bar Association. He also has worked in project finance, PPP (private-public partnership) projects in Latin America, and banking finance from private, and multilateral development institutions. He is a multicultural professional also with vast experience in mobilizing resources by building partnerships among international constituencies: governments, corporations, trade and professional organizations, NGO's, philanthropic organizations and academia.

After earning degrees in both Economics and, he obtained a Master of Arts at Harvard University. He is Ph.D. Candidate in International Relations at Sophia University of Tokyo. He also obtained a LLM from Temple University studying in Tokyo, and Philadelphia campus, as well as at Georgetown University in Washington DC.